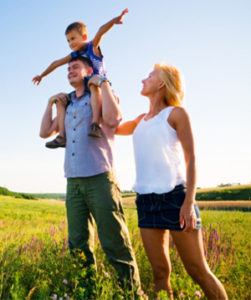 Florida law allows a resident who feels threatened by a known individual to obtain a court order restraining that person from making contact. Tucker Mitnik, P.A. helps victims of domestic violence, stalking and other crimes get timely orders that provide a measure of security. However, an order that’s meant to be a shield can easily become a sword when a person makes false accusations, labeling an innocent person an abuser. Therefore, we also provide vigorous defense for the targets of restraining orders. No matter which side you’re on, you can rely on Tucker Mitnik for thorough representation that asserts your rights.

Florida recognizes four categories of protective orders. A filer should consult with an attorney to determine which order is most appropriate for his/her situation; the court will not approve an order that does not match the facts you allege in your filing.

During particularly ugly divorce proceedings, one spouse may allege domestic violence or sexual misconduct against the other spouse to gain leverage in a child custody dispute. Experienced criminal defense attorney Keith A. Mitnik provides aggressive representation that protects an accused person’s reputation. If you are served with a temporary restraining order, you have the chance to confront your accuser before that order becomes final.

Tucker Mitnik, P.A. has experience with protective orders being used as shields and as swords. We can help you get the protection you need or, when necessary, oppose petitions that do violence to your reputation. To schedule your consultation, call 321-392-5239 or contact our Melbourne office online.

Please fill out the form below and one of our attorneys will contact you.